We left Vienna to arrive in Bratislava on the same day. Arriving at the boarder of Slovakia for the first time we had the feeling to start our real adventure. Germany and Austria we know too well to perceive it as foreign or unknown locations.

We did not know Slovakia at all, so we have been quite excited about what was awaiting us. Riding towards Bratislava, we already could see from far away the famous but also rebuilt Castle overlooking the town. We explored the town walking around in the old part, which is not very big.

It was amazing how many coffee shops and restaurants are spread all over the city. There were not too many tourists around, some Asians taking pictures at every possible spot… but we were wondering how it might look like during high season. We defintly wouldn’t like to be here. After some historical sightseeing we enjoyed the nice weather and had our first outdoor apero.

The next two days were exhausting; we travelled more than 100Km daily. The daytrip from Bratislava to Komarno seemed to be very easy at the beginning. Backwinds made the first 60km feel like a dream, moreover the tracks were all well paved. The weather was warm; we could even take off our long pants!  We felt a bit like in old times of our childhood; on Easter we usually were allowed to wear shorts and socks for the first time in the year. But as we know, every dream ends…. All of a sudden, there was no more pavement, wholes were part of the track, gravel had been spread we hardly couldn’t steer the bike anymore. On the left and right side of the “road” we had these single tracks that made it at least a bit better so we didn’t have to push the bike. We arrived in Komarno around 5pm. We went for a short walk only to find out that the shops in this area of the country already close at 5pm, the restaurants at 9 or latest 10pm - very strange…

The next day we had to cover a long distance once more; one ferry that did not run yet demanded an extra tour through the hills along the Donau, very beautiful but exhausting. We ended up arriving in Vac Hungary after 111Km and could enjoy the old Bishop town with sun set.

The next day was easy, after 3 hours we arrived in Budapest. We spend the next 11/2 days relaxing and sightseeing, not by bike but by bus. Whenever you have time you should spend some days in Budapest, it is full of old buildings that are nicely renovated and give you the feeling to be in a different world.

Along a side arm of the Donau we moved further south. We still follow the Euro 6 bike route. The condition of the track was really bad, so we were rather slow. This gave us the opportunity to look at all the weekend houses that are built ont the left side of the track. On the right side, the waterfront, were all the runways for the fishermen. This same sight continued for about 40km. Many of these weekend houses were still deserted. But some owners had already started to prepare their property for the summer season.

As there were not many people around we had the opportunity to see quite some wild life. After more than six hours in the saddle we have been happy to find a Motel in middle of nowhere.

The next day, Monday , was an easy day for us. We had paved roads all the way along to Kalocsa and the distance to cover was only 72km. It felt like heaven!  We spent the afternoon looking at the paprika museum of this nice little town and enjoyed sitting in the sun. 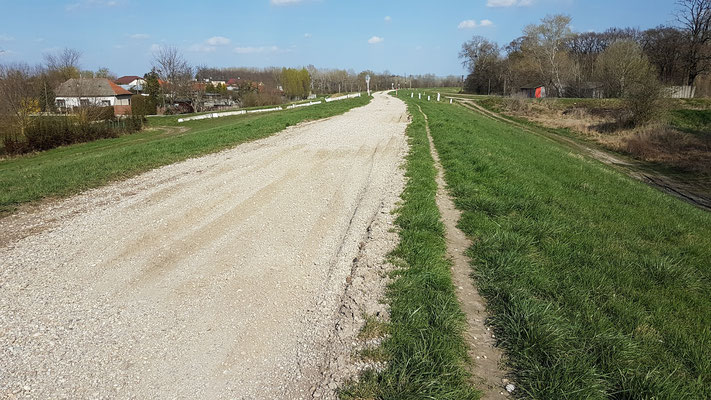 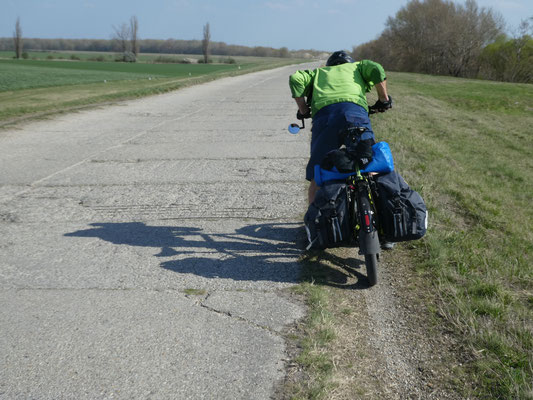 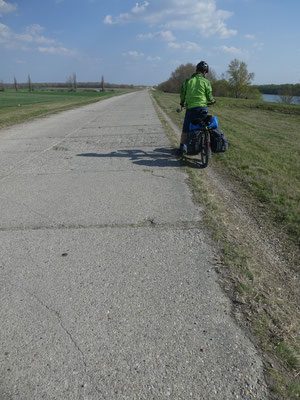 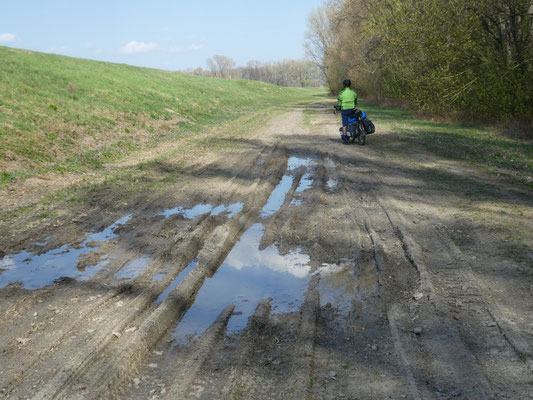 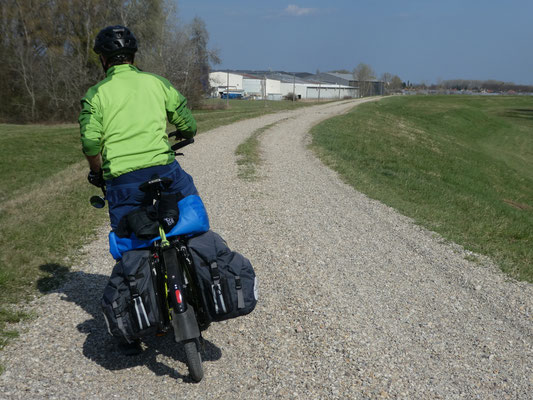 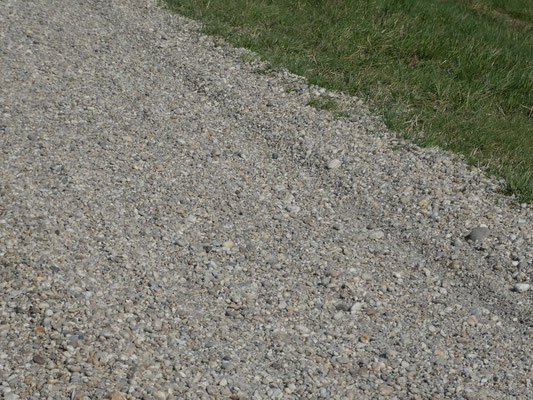 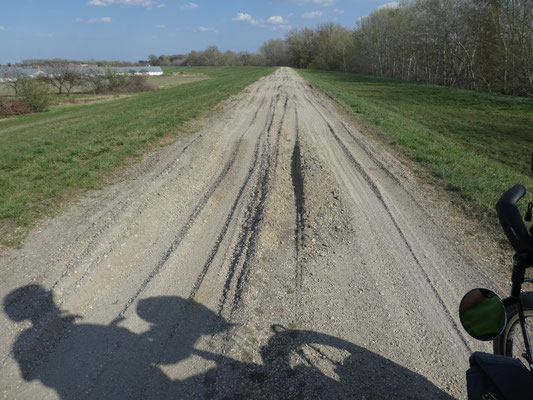