We enjoyed the stay in Constanta a lot, especially because we had an extremely good service in the small hotel we have been staying in. On Friday the 28th we left Constanta in direction Romania. The ride to the border was not nice due to the heavy traffic because if the 1st May weekend. After we had passed the border there were much less cars, we could enjoy the ride again.

The next stop was at the seaside in middle of nowhwere. In Tyulenovo we found a nice new hotel you would not expect to be there. During the dinner we have been very surprised when suddenly a man sitting next to us started to talk to us in Swiss German. It was Raphael, a Swiss who lives and works in Rumania since many years. He himself was surprised as much we were, he told us later. He would have never expected to meet other Swiss people in this location. We spent a nice evening together with him and his partner Simone.

The next day we choose the route along the coastside to avoid the traffic as much as possible. The disadvantage along the coast was the up and down, but this was well compensated with the very nice landscape. It was fogy and so the scenery was mystique. Finally when we arrived in Varna, the sun was out. Being in the hotel we just manged to se a parade passing by, men with bells hanging around their hips making noise. We did not find out what the happening was about, but at least we could take some pictures. The next moring when we packed our bikes, we did hear a warm hello. I was Michael, whom we had met in a Coffee shop in Mangalia for the first time. I was nice to meet again. The day on the bike was not nice, we made our kilometres up and down the hills. Too many cars passing us in very high speed have been disturbing us. We need to get used to check the back mirror for cars and look for wholes in the pavement in front of us. That is rather demanding.

In Osbor we had booked a hotel room in a huge hotel complex, an all inclusiv. The room in the 6th floor overlooking the beach was beautiful. Nevertheless we were happy not to be here in high season, sitting in the deckchair in the 3rd row alongside the pool. Food was as expected average.

The next day did not start well, Marie-Claire damaged her incisor, biting on bread, next she lost a glove and then she damaged the sunglasses when tearing it off to get rid of an insect. Gloves she has a spare one, Bulgaria is known for the dentist and the sunglasses I could fix.

From Osbor to Burgas we had to pass some hills in the inland, a bit further away from the coast.

From 400m above sealevel we could then roll down to  “Sonnenstrand”. We have expected to sit nicely at the beach and have a coffee break, but the town was a ghost town, all supermarkets, shops and hotels were still closed. Some workers have been around to prepare for the season. It really felt akward. Finally we had a Coffee a the Petrol station, nothing else could be found. The arrival in Burgas was then much better, we entered the city through a park along the seaside to finally get to the center were we stay in a very nice hotel. On short notice we decided to stay an extra day, so Marie-Claire could see the dentist. 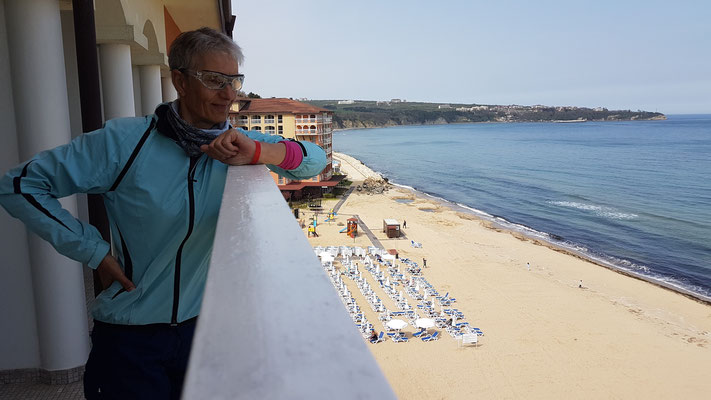 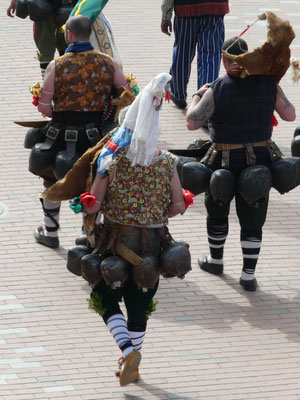 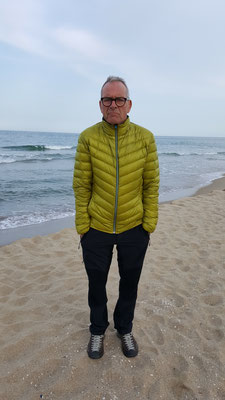 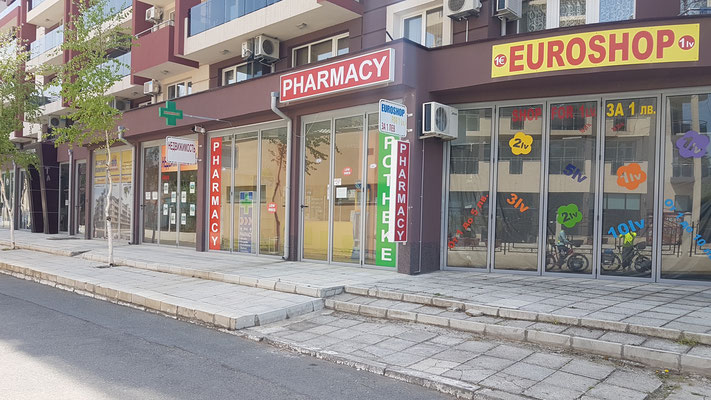