From Kerpe to Akçakoca we followed the coast of the Black-sea. We cruised without traffic through a beautiful landscape; there were dunes, small villages, green fields and small lakes with quacking frogs. On the way we stopped and locked at the traditional way of shearing sheaps, which is still done with hand scisors. We could see cows grasing in unusal places, some were grasing along the street, but as well between the lanes of the highway and on the beach. We also saw some turtles slowly crossing the street, not caring for the cars nor for us.

When we arrived in Açakoca our kilometer gauge showed 4000km! Even though it is already the foruth time we got a thousand kilometers we stop and take our time for a picture.

That night we fell asleep later than usual as we were kept awake ba a party that was going on in the hotel. In Turkey it seems to be common to have private parties in hotels with music, dance and dinner any day of the week

The next two days were not really exciting. We rode to Düzce and afterwards to Bolu. We had to make up with havy traffic, rain and cold weather. Both towns are nothing special, Düzce was destroyed and  rebuilt completely after the earthquake  of 1999. Unfortunately the charme of an old town is completely missing; now the city is very new, has huge roads, plenty of new buildings, huge parks but the character of a town is missing. Bolu is very similar; the citiy center is a bit more lively. Bolu as such ist the startin point to visit the nature parks and lakes around it. In the autumn with the coloured leaves of the trees it must really look beautiful according the pictureswe have seen. But we are not here for hiking and as it is grey and rainy it looks like anywhere else under these circumstances: very sad.

In Bolu we have our day off. The first time since we started our trip we feel demotivated. The dinner was below average, we choose the wrong restaurant. Compensation with a glass of wine was not possible, there were only water and softdrinks available.

We use the day getting a hair cut for Marie-Claire, buying a new sweat shirt for Markus and doing the route planning for the next week. Meanwhile we are at 1000m asl in a remote area. As we do not plan to start using our tent with these low temperatures, we have to plan the stages carefully.

On Thursday 18th we continued with new energy. Sometimes we had the feeling to be in Switzerland, eg riding in direction of the Gotthard - but without traffic, travelling through the Urnerboden, an alp with cloudy mountains. When we arrived in Gerede a car stopped beside us. The driver asked us if we need help. We denied but Ayden offered to pick us up some time later for a cay and a visit at the school, where he is teaching. We accepted his offer, as it is one of the possibilities to learn more about the locals and their country.

At 4 o’clock Ayden was waiting for us in the lobby. We walked to the school. Before we startet the tour of the school we were introduced to the Director of the school, had some trukish coffe in his office and talked about the school, the schoolsystem and some other topics. Then we visited the different classrooms. Unfortunately the students had already left. After that Ayden showed us his hometown. Gerede is one of Trukeys largest center for tanning. We had the chance to drive through this area of the city. Morover we drove to the mountain overlooking the city. In winter it is the skiarea for the locals with one chairlift and it is also used for cross contry skiing. In summertime the area serves as recreation area with lovely places for a picnic. Without our “private guide” we definitely wouldn’t have seen that much of the town. Thank you, Ayden! 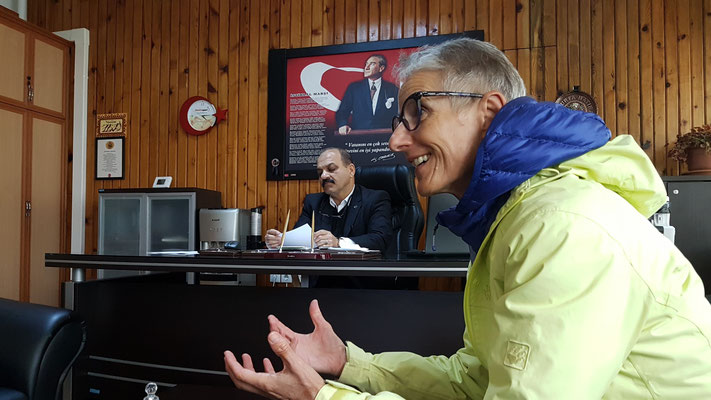 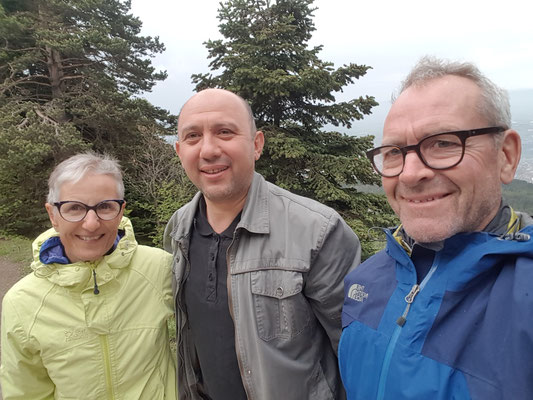 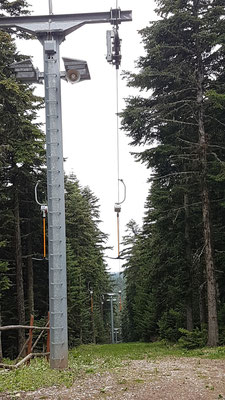